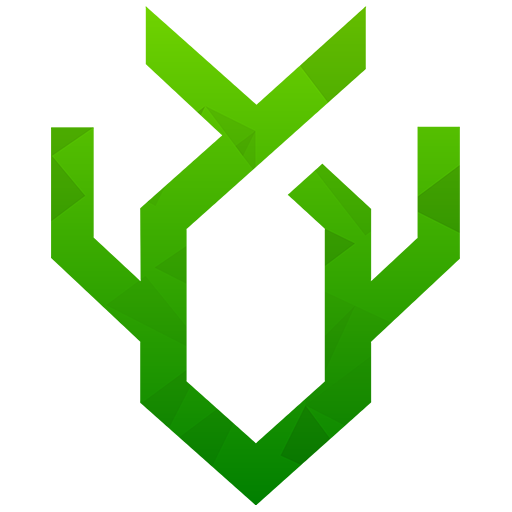 The VS Gaming Championship 2018 (VSGC): the culmination of a year of hard work, blood, sweat and tears. Only the best of the best in South Africa qualified to play and it truly was a spectacle to behold. Comic-Con Africa saw it all as our very own CS:GO team, Exordium qualified to play in the championships and they could not contain their excitement. The prep and lead-up to the VSGC was filled with a sort of numb disbelief but on the day, the atmosphere was electric.

I was brilliant enough to get the times for Comic Con completely wrong and wound up arriving at 6:20am on Friday morning when the con only started at 9am! Luckily, our boys had set-up in the LAN area the night before and two of them, Jonathan “Owmo” Cox (captain) and Tyler “Cheaterboi” Coetser, came out to the gate to keep me company. It was my first time meeting them in person and it was really nice to get to chat to them a bit about the upcoming competition. They seemed quite confident and I felt my pride in the Omnius name swelling. These boys were going to do great things. They did not disappoint!

The groups were announced early on and despite their confidence, they identified two particularly strong teams they would have to face, and their apprehension began to grow. Their first match was against Online Kingdom (OK) team Blaze. There was a delay as some of OK.Blaze’s players were late. The 10min mark passed and admins gave our boys the opportunity to call for a forfeit but in the true Omnius spirit they decided to wait until OK.Blaze was ready to play. Their debut VSGC match ended with a dominant 16-4 victory on Overpass!

MVP: A SPICY 4k (four kills in one round) by their youngest member, Cheaterboi!

Their confidence was growing but they knew their next match was going to be a tough one – they were pitted against Valentrix on Cache and they had their work cut out for them. It was an insane touch-and-go series: Valentrix got off to a huge 7-1 lead and things were looking bad. After a short pause, Exordium brought the fire, taking the score to 7-6 but it wasn’t the time to get complacent as Valentrix pulled ahead once again, winning the half at 9-6. Exordium lost the pistol and this gave Valentrix the opportunity they needed to pull far ahead to a 12-6 lead. Exordium pushed on and, after an intense battle, tied the game out at 15-15, taking it to overtime (OT). The first two OT rounds went to Valentrix but Exordium came back hard, closing out four wins in a row and winning the game with a final score of 19-17.

It all came down to the knockout rounds. This would be make-or-break for Exordium. Their first game was against ZAG in a best-of-three on Overpass and Nuke. On Overpass they were quickly dispatched 16-6. Fatigue had begun to set in and after such a fierce match against Valentrix, the boys just couldn’t keep it together. Going into Nuke they tried valiantly and ended with a much closer score, but ultimately they would lose 16-11. MVP: Owmo and Cheaterboi both with a total of four 3k’s each over both rounds!

This relegated them to the lower bracket, where they would face off against Pixel Hunter in a best-of-one on Cache. Pixel Hunters had a dominant game, their rotations were on point, and Exordium were unable to get a leg-up. They lost 16-6 and this would knock them out of the tournament. Exordium finished at VSGC in 8th position.

Day 1 was an insanely good showing by our boys, and many teams sat up and took note! Unfortunately, with the first game scheduled to start at 2pm starting much later due to delays, and the 3rd and final game of the day only starting at 10pm, the boys were absolutely exhausted and they lost their focus. Perhaps this is something VS Gaming could look into – every team was under so much stress to perform and adding fatigue to that is monumentally unfair on all of the players.

Well done to Exordium, our boys in green, representing us at Comic Con and doing us proud! The amazing players were:

Special mention goes to Cheaterboi, the youngest member of the team, for a stellar performance at his break-out big event with 97 kills!

The weekend was stressful, but thankfully the boys had time to relax on Saturday evening. I was able to spend some quality time with a fine group people I have the privilege to call friends and clan-mates. We were joined by Hestre “Slvrshadow” van Zyl, the team’s manager, and got to meet some of the Overwatch players as well: Stefan “PhoenixTears” Morris, Tristan “Vallegion” Donovan, and Avela “Atom” Tom. On Sunday, I was challenged by Demonix to fight him on the Netflix Disenchantment jumping castle! I took the first point but Monix came back with the reverse sweep – quite unlucky!

Overall, I’d chalk the weekend up to a massive success. The boys didn’t perform as well as they had hoped to but we at Omnius Gaming are all immensely proud of them and we look forward to seeing what they will accomplish next year!

As always, a massive thank you to Demonix, owner of Omnius Gaming and player for Exordium. The trip to VSGC was funded by Omnius Gaming, taking a huge burden off the players and that would never have been possible without the guidance and support of our fearless leader. In every game we play, we strive to make you proud Papamonix! 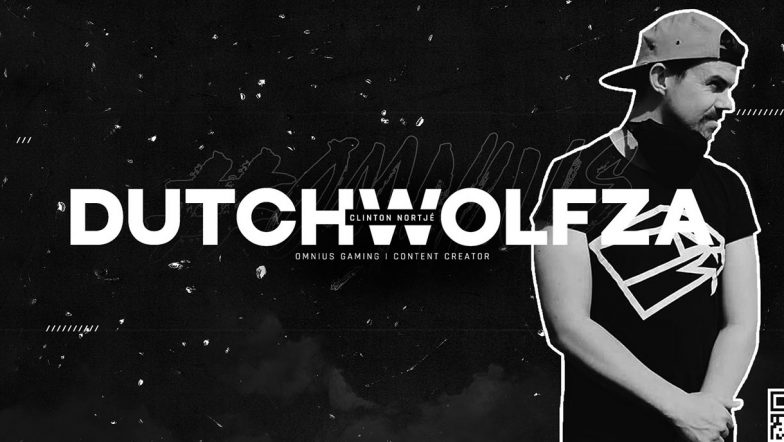 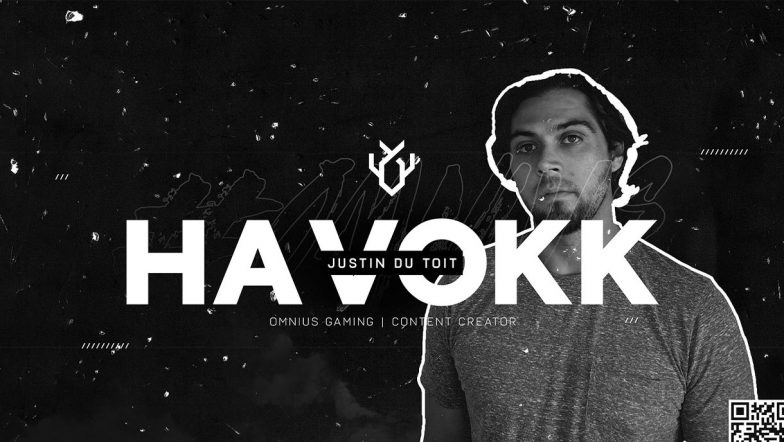 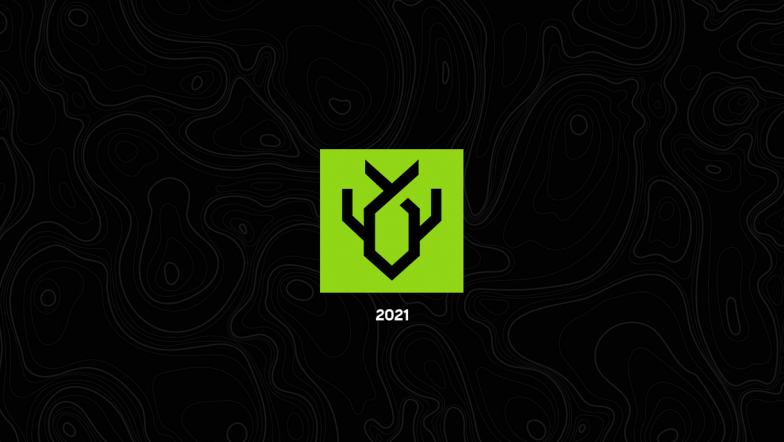 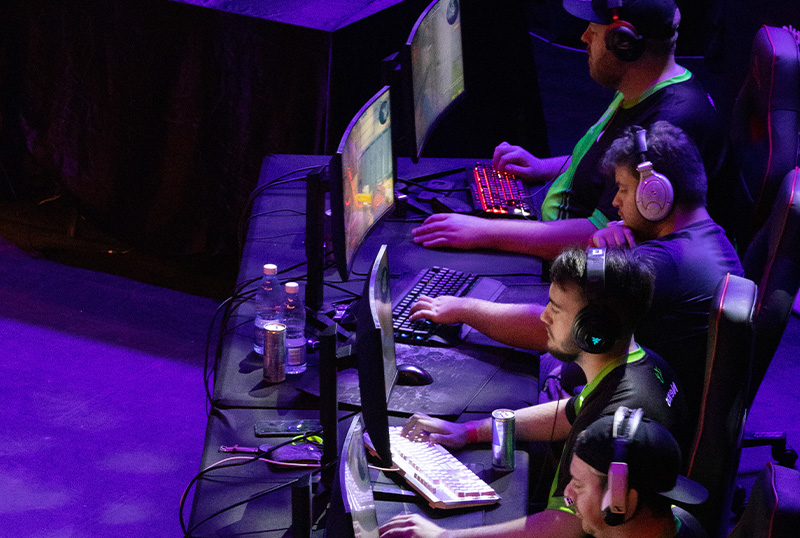 Stay up to Date

If you want to stay up to date with whats happening in the world of Omnius then be sure to follow up on our various Social Media Accounts!

Your cart is currently empty.